Cf. Luke 3,21f: When all the people were being baptized, Jesus was baptized too. And as he was praying, heaven was opened and the Holy Spirit descended on him in bodily form like a dove. And a voice came from heaven: "You are my Son, whom I love; with you I am well pleased."

Cf. Luke 4,1f: Jesus, full of the Holy Spirit, left the Jordan and was led by the Spirit into the wilderness, where for forty days he was tempted by the devil. He ate nothing during those days, and at the end of them he was hungry.

Cf. Luke 5,7-10: So they signaled their partners in the other boat to come and help them, and they came and filled both boats so full that they began to sink. When Simon Peter saw this, he fell at Jesus’ knees and said, "Go away from me, Lord; I am a sinful man!" For he and all his companions were astonished at the catch of fish they had taken, and so were James and John, the sons of Zebedee, Simon’s partners. Then Jesus said to Simon, "Don’t be afraid; from now on you will fish for people." 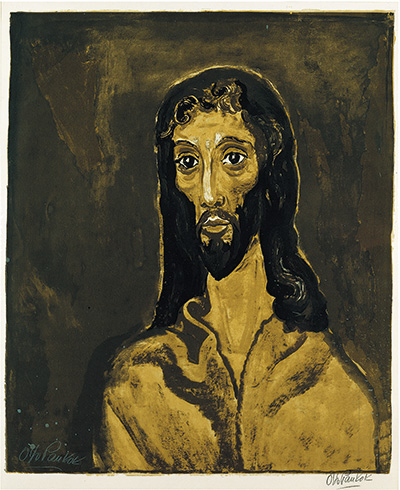 Cf. Luke 5,30-32: But the Pharisees and the teachers of the law who belonged to their sect complained to his disciples, "Why do you eat and drink with tax collectors and sinners?" Jesus answered them, "It is not the healthy who need a doctor, but the sick. I have not come to call the righteous, but sinners to repentance." 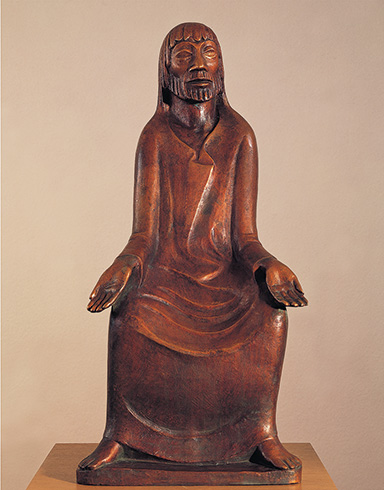 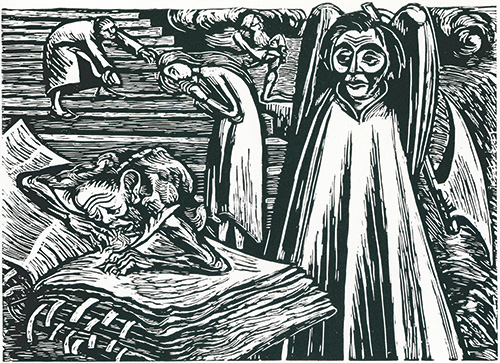 Cf. Matthew 7,1f: "Do not judge, or you too will be judged. For in the same way you judge others, you will be judged, and with the measure you use, it will be measured to you. 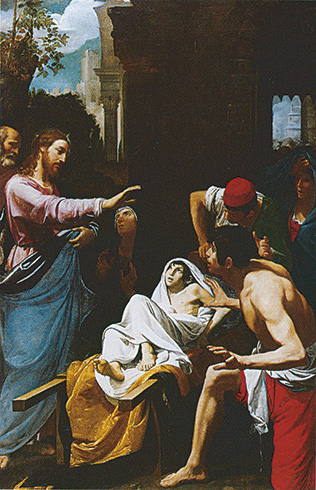 Cf. Luke 7,12-15: As he approached the town gate, a dead person was being carried out—the only son of his mother, and she was a widow. And a large crowd from the town was with her. When the Lord saw her, his heart went out to her and he said, "Don’t cry." Then he went up and touched the bier they were carrying him on, and the bearers stood still. He said, “Young man, I say to you, get up!” The dead man sat up and began to talk, and Jesus gave him back to his mother. 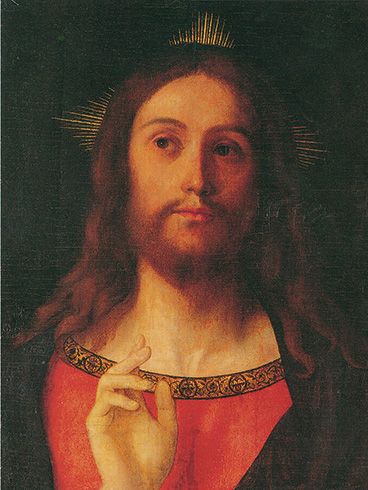 Cf. Matthew 11,28-30: "Come to me, all you who are weary and burdened, and I will give you rest. Take my yoke upon you and learn from me, for I am gentle and humble in heart, and you will find rest for your souls. For my yoke is easy and my burden is light."

The Transfiguration of Jesus (see fig. 39) Mark 9,2-13: After six days Jesus took Peter, James and John with him and led them up a high mountain, where they were all alone. There he was transfigured before them. His clothes became dazzling white, whiter than anyone in the world could bleach them. And there appeared before them Elijah and Moses, who were talking with Jesus. Peter said to Jesus, "Rabbi, it is good for us to be here. Let us put up three shelters—one for you, one for Moses and one for Elijah." (He did not know what to say, they were so frightened.) Then a cloud appeared and covered them, and a voice came from the cloud: "This is my Son, whom I love. Listen to him!" Suddenly, when they looked around, they no longer saw anyone with them except Jesus. As they were coming down the mountain, Jesus gave them orders not to tell anyone what they had seen until the Son of Man had risen from the dead. They kept the matter to themselves, discussing what "rising from the dead" meant. And they asked him, "Why do the teachers of the law say that Elijah must come first?" Jesus replied, "To be sure, Elijah does come first, and restores all things. Why then is it written that the Son of Man must suffer much and be rejected? But I tell you, Elijah has come, and they have done to him everything they wished, just as it is written about him."

Jesus Heals a Boy Possessed by an Impure Spirit (see fig. 39) Mark 9,14-29: When they came to the other disciples, they saw a large crowd around them and the teachers of the law arguing with them. As soon as all the people saw Jesus, they were overwhelmed with wonder and ran to greet him. "What are you arguing with them about?" he asked. A man in the crowd answered, "Teacher, I brought you my son, who is possessed by a spirit that has robbed him of speech. Whenever it seizes him, it throws him to the ground. He foams at the mouth, gnashes his teeth and becomes rigid. I asked your disciples to drive out the spirit, but they could not.” “You unbelieving generation," Jesus replied, "how long shall I stay with you? How long shall I put up with you? Bring the boy to me." So they brought him. When the spirit saw Jesus, it immediately threw the boy into a convulsion. He fell to the ground and rolled around, foaming at the mouth. Jesus asked the boy’s father, "How long has he been like this?” "From childhood," he answered. “It has often thrown him into fire or water to kill him. But if you can do anything, take pity on us and help us." "‘If you can’?” said Jesus. "Everything is possible for one who believes." Immediately the boy’s father exclaimed, "I do believe; help me overcome my unbelief!" When Jesus saw that a crowd was running to the scene, he rebuked the impure spirit. “You deaf and mute spirit,” he said, "I command you, come out of him and never enter him again." The spirit shrieked, convulsed him violently and came out. The boy looked so much like a corpse that many said, "He’s dead." But Jesus took him by the hand and lifted him to his feet, and he stood up. After Jesus had gone indoors, his disciples asked him privately, "Why couldn’t we drive it out?" He replied, "This kind can come out only by prayer." 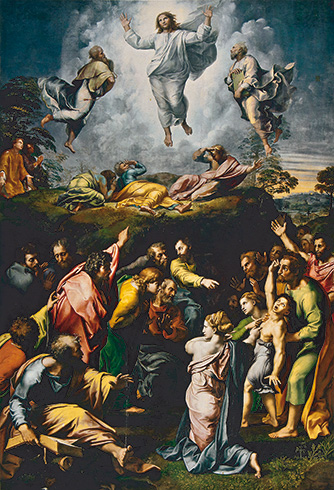 This painting depicts the healing of a possessed boy in the lower half, oil, c. 1520, Pinacoteca Vaticana / Rome.